Dr. Foreman grew up in the Chicago area. He received his Bachelor of Science from the University of Southern California “USC” in 1985 and attended medical school at USC’s Keck School of Medicine, graduating in 1989. After completing an internship in Internal Medicine through UCLA in 1990, Dr Foreman was recruited back to Chicago to work with Dr. Leonard Silverman in his Family Practice, which was established at Jackson Park Hospital decades earlier. He joined Dr. Silverman in 1991 after a period of Residency at the University of Illinois, Chicago. Dr. Foreman soon developed a passion for treating patients who had sustained work and other traumatic injuries, subsequently turning his practice, and thus the focus of AMCI, to providing full service injury care for Chicagoland patients. Dr. Foreman is also passionate about providing medical care to underserved communities and individuals with limited resources. In doing so, he has opened 6 AMCI locations around Chicago and the south suburbs. 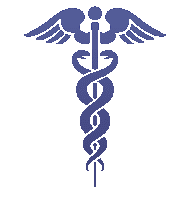